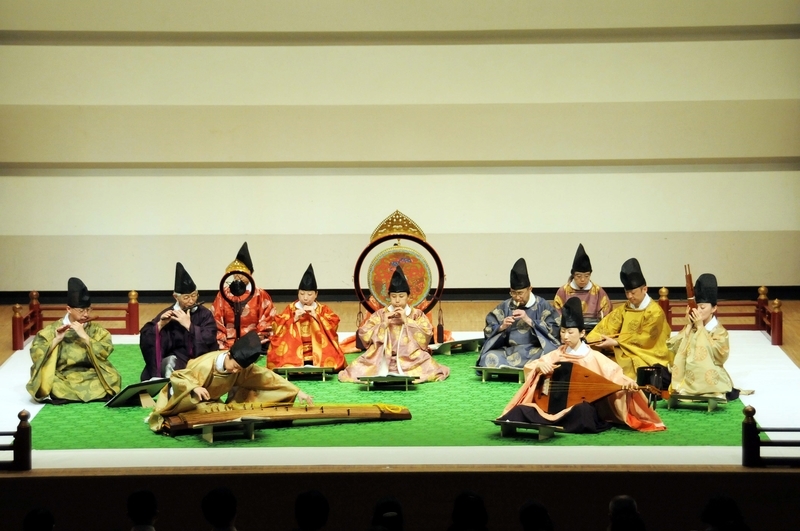 In Japan in ancient times, a number of songs and singing styles such as Kagura, Yamato-Uta, and Kume-Uta existed, and these were also accompanied by simple dances. From approximately the 5th century, music and dances were brought to Japan from the ancient civilizations of countries such China and Korea at around the same time that Buddhist teachings and cultures were permeating the country. Gagaku, a fusion of these music and dances, was completed in its artistic form by about the 10th century, from whence it has been passed down from generation to generation under the patronage of the Imperial Family. The Japanese singing style and vocal arrangements for Gagaku are composed of advanced musical techniques, and Gagaku has not only contributed to the creation and development of modern-day music, but also has by itself the potential to develop in many aspects, as a global art form.

In addition to the Kuniburi-no-Utamai, which are native-style songs and dances based on the music of ancient Japan, including Kagura, Yamato-Mai, Azuma-Asobi, Kume-Mai, and Gosechi-no-Mai, songs and dances from continental Asia, such as Tōgaku from China, and Komagaku from Korea, were merged together during the Heian period in Japan to form vocal forms such as Saibara, and Rōei. There are three forms of performance of Gagaku, which are Kangen (Instrumental), Bugaku (dances and music), and Kayō(songs and chanted poetry). The instruments used include Japanese instruments, such as Wagon and Kagura-bue, and such foreign instruments as the Shō (mouth-organ), Hichiriki (oboe) and Fue (flute) as wind instruments, the Sō (Japanese harp, or Koto), and Biwa (lute) as string instruments and the Kakko (drum), Taiko (drum), Shōko (Bronze gong) and San-no-Tsuzumi (hour-glass drum) as percussion.

from the websit of The Imperial Householdng Agency 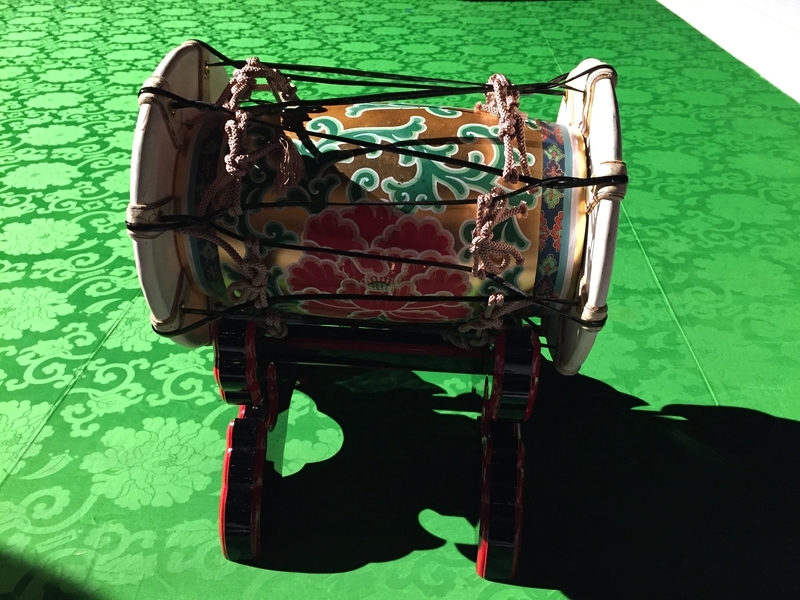 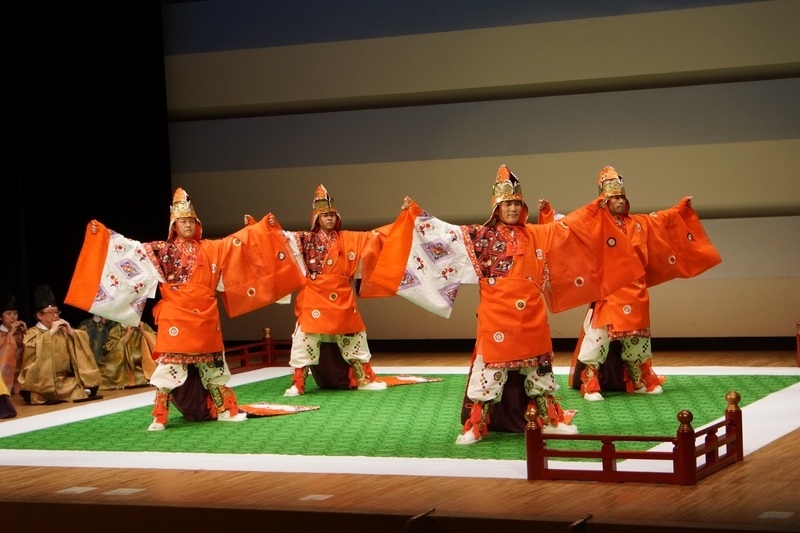