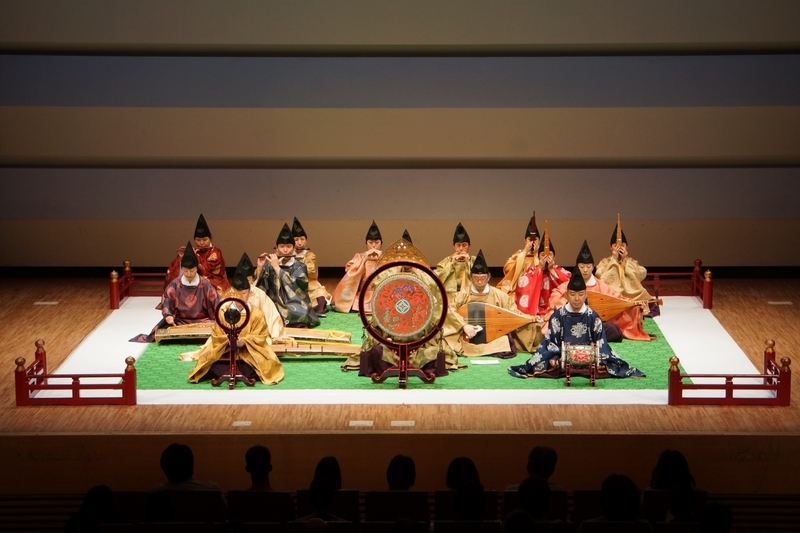 Reigakusha is a leading gagaku music ensemble, and was established in 1985 by Sukeyasu Shiba (1935-2019). Shiba used to be a member of the Music Department of the Imperial Household that serves the Emperor’s Palace, and he was awarded the Order of Cultural Merit by the Japanese government. Since its establishment, in addition to perform the classical Gagaku repertories, Reigakusha has been actively engaged in rehabilitation of abolished gagaku repertoire, restoration of ancient musical instruments preserved in Shosoin Temple, and performance of new works composed by renowned contemporary music composers, such as Toru Takemitsu, Toshi Ichiyanagi, and Maki Ishii. 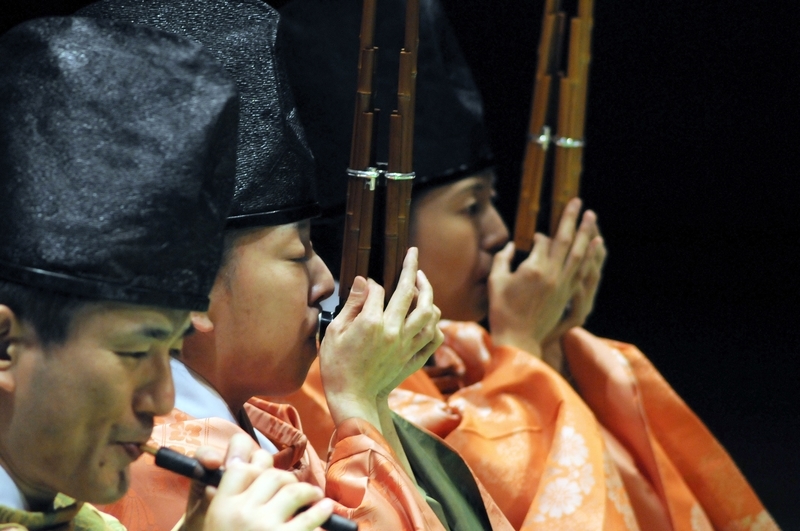 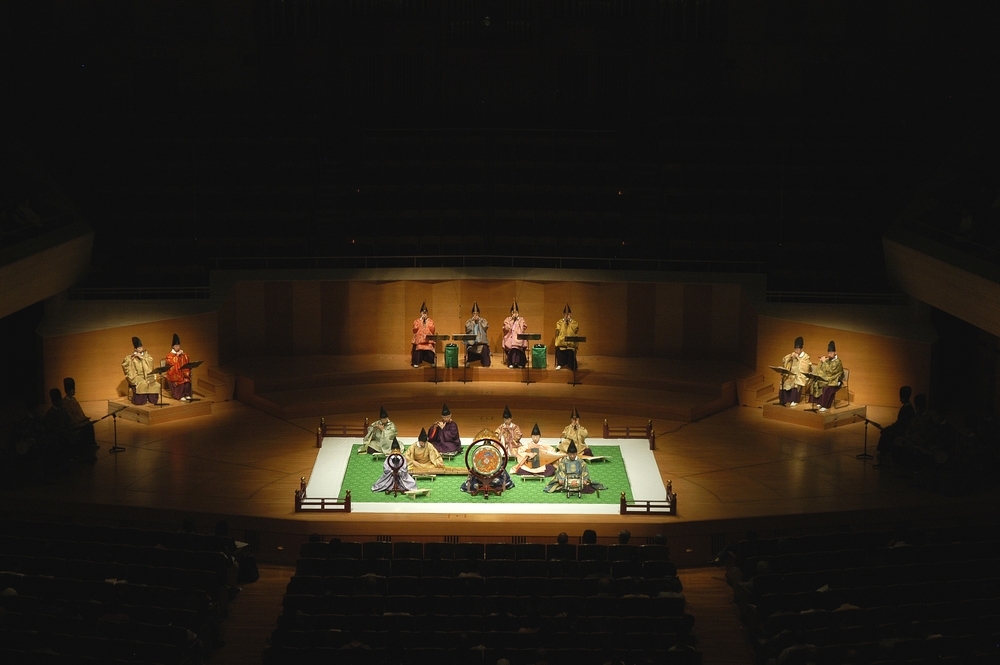