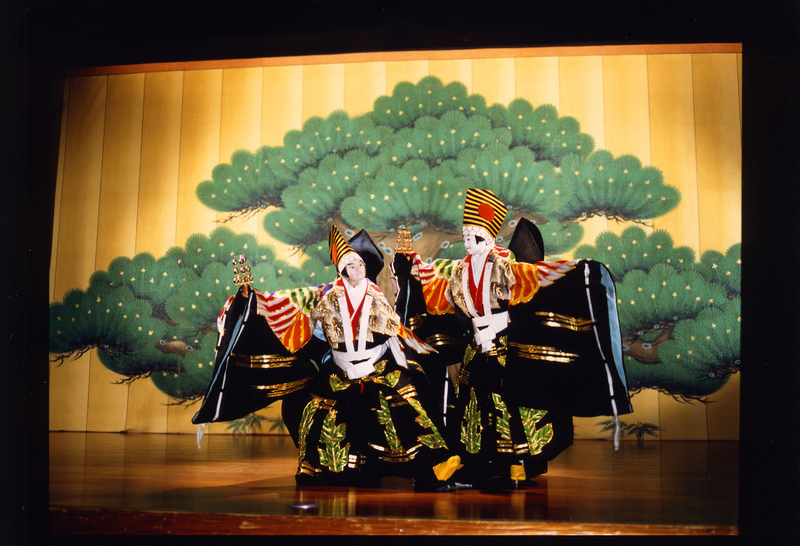 Hachioji Kuruma Ningyo Puppet Theater is a unique style of traditional Japanese puppetry invented by the first Koryu Nishikawa (b. 1825) about 170 years ago. It is called Kuruma Ningyo because the puppeteer sits on a small seat with wheels (kuruma) and operate the puppet (ningyo). Unlike bunraku, widely known style of Japanese puppetry, which requires three puppeteers for each puppet, this unique puppetry technique allows a single puppeteer to manage one puppet. The puppeteer’s toes are connected to each of the puppet’s feet. Therefore, when the puppeteer stomps, his movements directly correspond to the puppet’s style of walking. It also allows the puppets to move quickly, rhythmically and freely on stage, and  to stomp the stage’s surface like real actors.  This innovation allows for more dynamic performances. 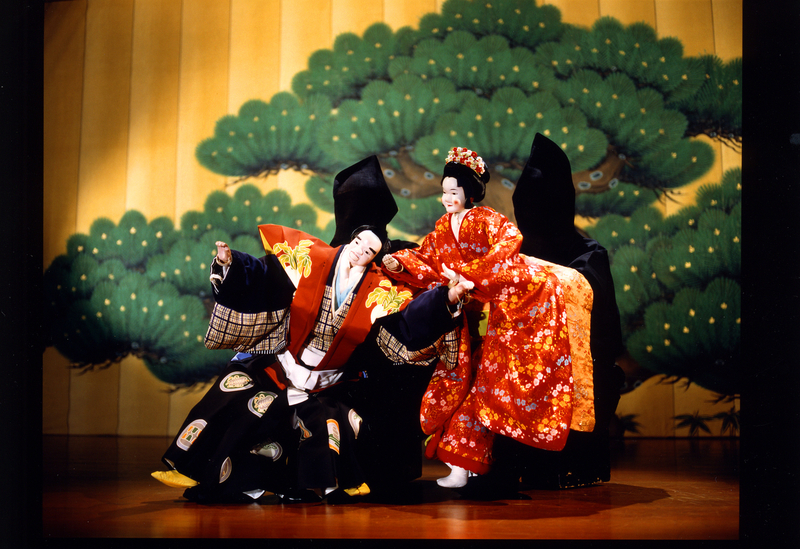 Tsuri Onna (Tsuri means fising and Onna means women. A comedy from the popular traditional kyogen play) :  A feudal lord who wants to have a wife goes to Ebisu Shrine in Shinomiya with a servant Taro Kaja who is also single. After praying for a wife, they are falling asleep and receive a message telling them to marry the women waiting for them at the west gate. When they arrive there, they find only one fishing rod. The feudal load realizes that the god of Ebisu is the god of fishing, so it means that he can catch his wife with this fishing rod. The feudal lord picks up the rod and reels in a beautiful bride. Envious, Taro Kaja borrows the fishing rod and attempts to catch a beautiful wife for himself but….. 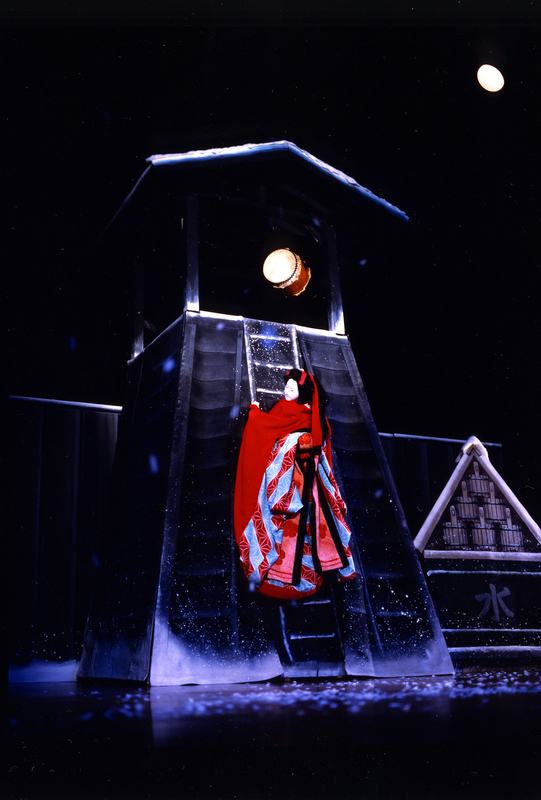 Date Musume Koi Higanoko is the story about the brave behavior of Oshichi who falls in love with Kichisaburo. Kichisaburo's fater lost a treasured sword of his load (it was actually stolen by Takebee), and the lord ordered him to commit hara-kiri (ritual suicide). After his father's death, Kichisaburo, who became the temple pageboy of Edo Kichijoinhe, is responsbile for looking for the sword. At the same time, Kichisaburo was in love with Oshichi who was burned out by the big fire in Edo, but Oshichi had to get married to Takebee, who Oshichi's father borrowed money to rebuild the store. On the deadline to recover the stolen sword, Oshichi finds out that Takebee stole the sword. However, after the fire, at midnight, the doors of the Edo towns were closed and traffic was prohibited. Even if the sword is available, if it cannot be delivered tonight, Kichisaburo will be punished. Knowing that false alarms are an act punishable by death, Oshichi climbs the watchtower and beats the fire drum in a desperate attempt to open the city gates to inform her lover of the sword’s. whereabouts. 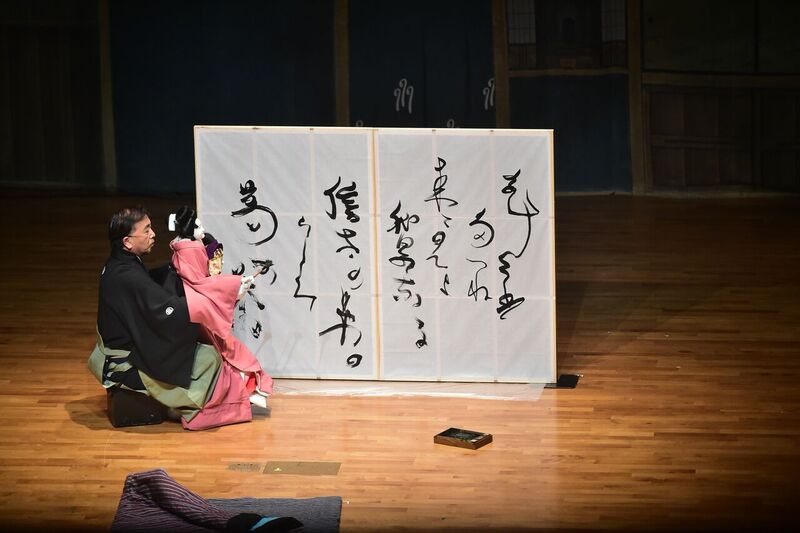 Kuzunoha: Yasuna Abe meets Princess Kuzunoha and is attracted to each other, but he is separated by a villain's ploy and suffers serious injury. Princess Kuzunoha appears and desperately nurses Yasuna. Eventually they love each other, have children, and begin to live quietly.  However, this Princess Kuzunoha was actually an incarnation of a white fox, whose life was saved by Yasuna. In order to reward Yasuna who saved her life, the fox secretly takes on the form of the Princess Kuzunoha.However, one day, due to an unexpected event, the true identity of the white fox is revealed. The white fox with a heartbreak mourns her farewell to her little son, but leaves a message on shoji screen and disappears into the mountain of Shinoda.

Sanbaso: ~ Deeply embedded in the Japanese traditions of Noh and kyogen, Sanbaso has even more ancient roots in harvest prayers, cleansing rites, and origin myths. It’s a stylized dance wherein the gods may make their presence felt ~  New York Times